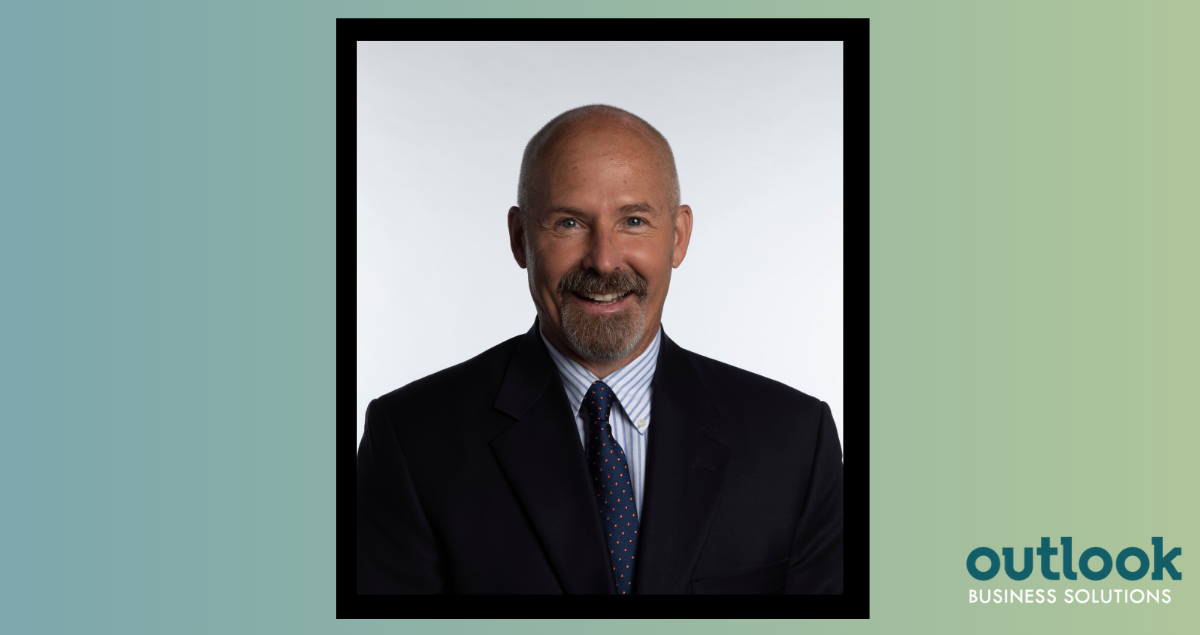 Mike Wells is the lead developer of relationships for Outlook Business Solutions. He enjoys using his 20 plus years of sales experience to connect small businesses with services performed by visually impaired professionals. Mike joined Outlook Nebraska, the sister organization to Outlook Business Solutions,  in 2016 as a member of the sales team. He worked with various customers on the purchase of their tissue and towel products as well as the national distribution of our products. Additionally, he promoted Outlook’s employment of the visually impaired to businesses and distributors. Now, Mike proudly promotes the skill sets of blind knowledge professionals who can help local businesses see their own success.

Mike has a bachelor’s degree in psychology from UNO, where he also studied sociology and business. Before becoming part of Outlook Nebraska, Mike represented technology companies including Nebraska Link and Sprint.

Mike is happily married to Mendy Mumby Wells; they will celebrate their 30th anniversary this year. The couple has two grown sons, Nick and Alex.

Mike experienced his life-altering moment as a high school sophomore. A toboggan accident gave him a broken tibia and fibula and torn ankle ligaments. Because these injuries removed him from playing sports for a year, he became an assistant coach on his brother’s soccer team. This position eventually allowed him to receive State Licensure as a coach and to become a staff member with the Olympic Development program for Nebraska State Soccer. People still call him Coach 42 years later.

When Mike is not attending an Outlook Business Solutions networking event, chatting with a potential customer or busy with other work tasks, he can be found on one of Omaha’s many bike trails or hosting a gathering of family and friends. He also loves to eat at  the Acadian Grill, Mama’s Pizza and Stella’s Bar and Grill. Mike volunteers for the Stephen Center and helps with soccer teams when needed.

Mike makes it a point to stay active in the community and to meet a variety of people. If you see him out and about, say hello! Chances are he will be able to chat with you about almost anything.