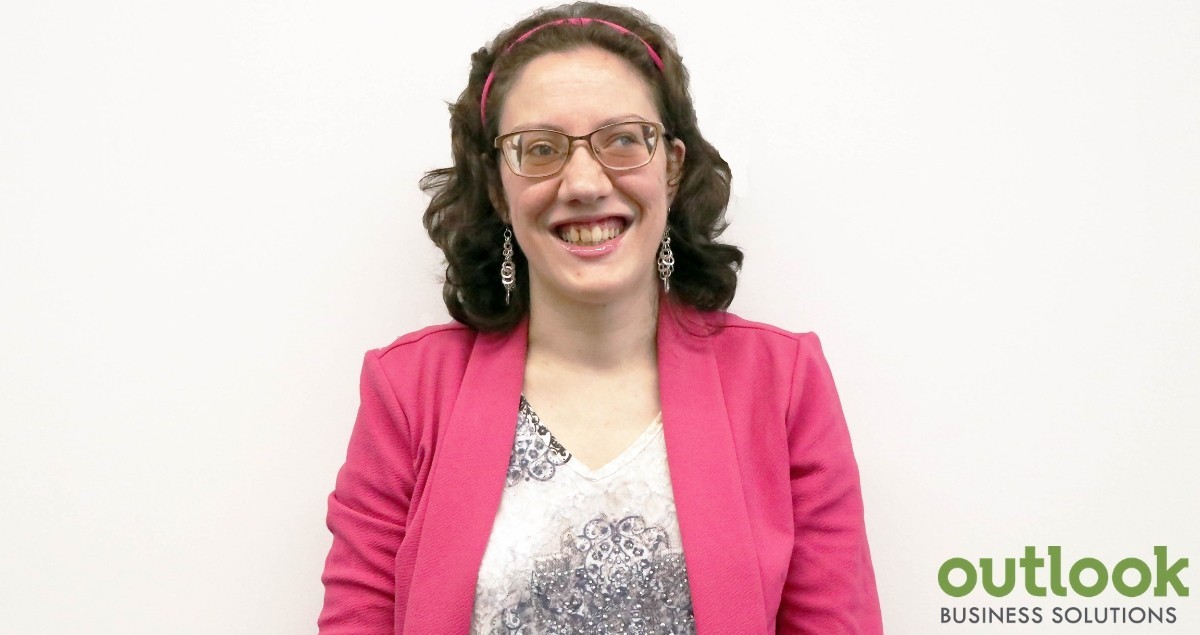 A fan of fashion, multiple sports, entertainment, and psychology, Rachael Vacanti wasn’t sure what she wanted to do in her future. A born-and-raised Nebraska girl, Rachael grew up as normal as anyone in the Midwest – or as normal as anyone could have been after being born at 24-weeks, leaving her with retinopathy of prematurity (ROP).

Rachael found a love of journalism and broadcasting in middle school but was unable to dive in until her college years due to attending a tiny high school. During community college a professor mentioned she should consider graduate school, and that is was Rachael realized she enjoyed the college atmosphere and academic challenges.

In 2016, after graduating from the University of Nebraska at Omaha with a major in communications (emphasis in journalism) and a double minor in communication studies and visual communication & culture, Rachael packed her bags and moved to Athens, Ohio, to attend the E.W. Scripps School of Journalism at Ohio University to get her Master’s of Science.

Flourishing in the small town, Rachael won the Outstanding Master’s Student award 2018 for her dedication to her research. As a first year, she was the only master’s student from her cohort to take a class paper to the Association of Education in Journalism and Mass Communication (AEJMC) Midwinter Conference in Oklahoma, where she fell in love with academia, but statistics in particular.

An elective Media Economics class caused her to design a quantitative content analysis of films with Descriptive Video Service (DVS) and their relation to the box office. This served as the launching point of her interdisciplinary thesis which combined disability, law, theory, economics, statistics and history. Her second chapter, which focused on the history of DVS, took her to New York City for the Joint Journalism Communication & History Conference in March of 2018 and then to Salt Lake City for the national American Journalism Historians Association conference that October.

But Rachael knew she could do even more outside of the classroom. Working for the state of Ohio as a college intern at the Ohio State School for the Blind, Rachael spent her summer doing statistical research on the social media of other schools for the blind, designing website updates and doing the groundwork to help the school launch their official Facebook page.

She easily used the school as a client for a class next fall, designing a social media campaign plan for them. She returned after graduation for a second summer, developing internal and external branding surveys, preparing to launch their Twitter page, and designing their Facebook and Twitter content calendars for the 2018-2019 school year.

Rachael is all about recycling and her schoolwork was the same way. In the fall of 2017, she turned the idea of accessibility of community newspaper websites from a Community Journalism course into a proposal for the International Society of Weekly Newspaper Editors 2018 Huck Boyd competition, where she became a finalist. She’s currently editing the manuscript for publication.

Since she was so familiar with the Audio Description Project website, having used it as the database for her thesis, Rachael wrote a review of the site that was recently published in American Journalism. Rachael even has plans to use her summer research from the Ohio State School for the Blind as the base for a different paper.

Currently, Rachael works part-time as a sales consultant at OfficeMax to gain some steady income while she focuses on her different research projects. Currently, she is preparing for the AJHA national conference again, where she will be a panelist on using unconventional history sources – yes, she used her experience with blindness as her portion of the panel. She is excited to be freelancing with Outlook Business Solutions to not only gain more experience with marketing and social media, but also have it be closely tailored to her research.

The importance of copywriting in digital marketing

An excellent digital copywriter can address the wants and needs of your audience and sell your services, so you don’t have to. Here are some reasons why you should join the copywriting bandwagon.