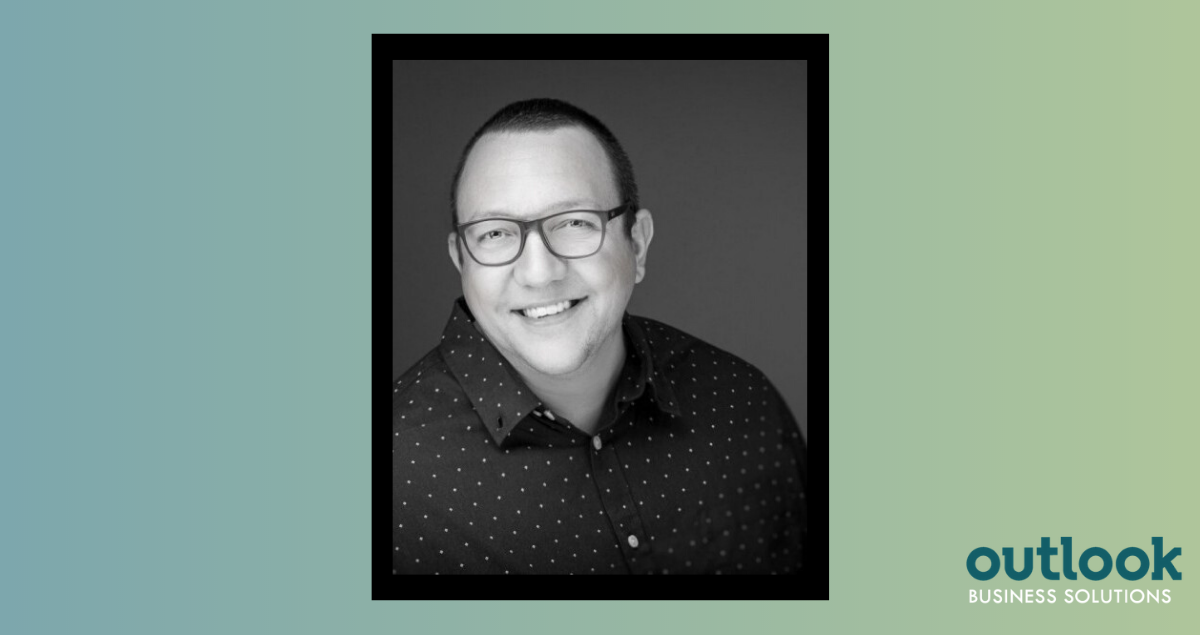 Ryan Uher’s desire to experience all walks of life took him to California after college. He had one marketing job with Nebraska Book Company under his belt and wanted to continue this career path. He did just that by landing a job with Marine Corps Community Services at Camp Pendleton in San Diego.

Fast forward a few years, and Ryan became the marketing director for Recuperative Care Center, a program of the National Health Foundation in Los Angeles. There, he increased program revenue, created a dashboard reporting system to track census and patient disposition and developed strategic marketing plans.

In 2016, after meeting his wife Juliana, the couple decided to move back to Nebraska to be closer to Ryan’s family. They settled in, getting used to the Nebraska cold winters again.

In July, Ryan accepted a marketing position with Outlook Nebraska, the sister company to Outlook Business Solutions. Ryan collaborated with other team members to sustain and strengthen the organization’s mission. Ryan used his passion for telling stories that people remember to promote Outlook’s programs through social media, the web and other digital assets. Ryan worked to increase awareness of the capabilities of the blind and visually impaired, motivate followers, clients and donors to engage with the Outlook brand. He was instrumental in positioning Vision Beyond Sight, Outlook’s largest fundraiser of the year, into an impactful and memorable experience for donors.

Ryan is now the marketing project manager for Outlook Business Solutions. In this role, he ensures the execution of marketing campaigns and other projects for clients including Outlook Nebraska and Outlook Enrichment. Ryan enjoys being part of the effort to create more employment opportunities for the visually impaired.

Ryan currently serves on the Bike Union board of directors.

Ryan received a Bachelor of Arts degree in journalism with an emphasis in advertising from the University of Nebraska at Lincoln.

Future plans for Ryan and his wife, who came to the United States from Brazil, include some more traveling. Ryan has always wanted to see the Red Hot Chili Peppers in Los Angeles. They also visit Juliana’s family when circumstances allow.

When Ryan is not traveling or working on a marketing project, he enjoys college football and spending time with his family. He also recently became the proud new owner of his grandfather’s thunderbird that he plans to restore. If you ever need lunch spots to meet up with Ryan, he loves Chipotle burritos  and coffee from Starbucks